The Women’s Baseball League in South Australia is rapidly growing. From their first season in 2015 fielding just four WBL teams, the competition grew to 13 teams in 2017/18 with the entry of multiple club teams into the league.

The Gawler Rangers entered their first ever Women’s team in 2017/18 and were lucky enough to win the premiership in their inaugural season. This is testament to the fun and encouraging team atmosphere fostered by the girls and the ongoing development of skills throughout the season. Two of our players went on to represent South Australia in the Women’s State Team while one was named in the train-on squad, and our pitcher Sarah-Jane Jameson was awarded the League MVP for the season. 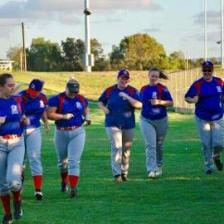 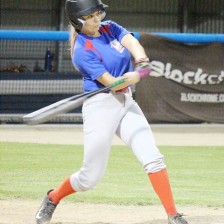 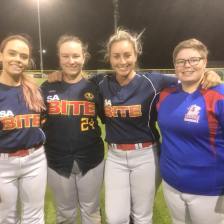 In 2018/19 we expanded our women’s playing group from one team to two, and included a 15 & Under Girls team in addition, in the inaugural season of the youth league. The team played games against a combined WBL team leading up to Christmas, and played in a showcase curtain raiser game for the Adelaide Bite. Unfortunately the youth girls league was not continued, however of our girls still played within our junior grades and women’s teams anyway.

Once again, the support from the rest of the club for the women’s program is a glowing reflection on the inclusive and encouraging atmosphere at the club, where we can foster the development of new programs and achieve great success within such a short time.